Moorland fires – what’s the impact and how can we prevent them?

If you’ve seen the news over the Easter bank holiday weekend, you’ll undoubtedly know that there has been a spate of fires on the UK’s moorland.

Coming at the end of a dry winter (and last year’s long, hot, dry summer), it’s perhaps unsurprising that the ground in our countryside is missing the usual muddy clag found in early spring. Even as early as February, I posted pictures on social media showing moorland with long, dead, dry grass (perfect tinder for burning) and cracked dry earth in place of soggy peat bogs.

Add a couple more months of dry weather with a fabulous hot, sunny bank holiday weekend and, as we’ve seen, it’s a recipe for our moorland to burn.

These fires are burning the vegetation up on the moors, but have a much wider impact than just a bit of burnt grass and heather.

Firstly there’s the animals which get caught in the flames and die: mountain hare, ground nesting birds (eg. curlews), weasels, stoats, amphibians, sheep and deer to name but a few.

Then there’s the impact of having no vegetation on the hillside. There’s nothing to slow rain water down, meaning that water run-off could potentially result in flooding downstream or discolouration in drinking water [Ref:1].

There’s nothing to stop the peat from being washed away by rain or blown away by the wind. The peat eco-system takes in carbon dioxide (which helps to tackle climate change) and healthy peatland can contain more carbon than forests – but once the peat has gone, it’s gone. [Ref:2]

If all that’s not enough to worry you, how about the economic impact?

The immediate cost is the direct cost of fighting the fire. Some of these fires become so huge that they need resources from several fire stations across different counties. Helicopters contracted to dump water on the fires cost around £2k per hour.

This is swiftly followed by the economic impact of suddenly losing an income from the land and the loss of tourism (pubs, cafes, accommodation providers) to the local community: who wants to go walking on a burned, blackened, desolate moor.

The importance of the moorland eco system is so important that lots of restoration work has been carried out in a variety of venues. Landowners have been working to restore heather coverage, plant sphagnum moss (which helps to retain water on the moors) and improve the environment for wildlife. This costs thousands of £, so the fires are literally burning money.

Factor in the wind and they can quickly change direction or create vortexes which pull the flames up high into a fire whirl/twister, meaning that the men and women on the ground need eyes in the back of their heads. Moorland fires are dangerous beasts and if nothing else makes you want to prevent these fires, let the danger to people on the front line be your motivation.

At the time of writing this post, the fire on Marsden Moor in West Yorkshire (which took hold from a discarded disposable BBQ) covers an estimated 6 square miles. The National Trust who look after the site estimates losing an investment of around £200,000 worth of restoration work.

One firefighter and moorland fire expert was so devastated about the latest fire (incidentally, the sixth this year on Marsden Moor) that he shared a video showing exactly what it’s like up close and personal with the fire.

He’s worked back to back shifts (getting just 3 hours sleep between) and has had put his own business on hold while the team work to get this blaze under control. Meanwhile, firefighting resources off the moor are under additional stress due to having less people/engines to draw upon.

Incidentally, it’s not just happening on remote moorland. Some of the fires over the Easter weekend have been close to towns: residents in Blaenau Ffestiniog in Wales had to be evacuated due to safety concerns.

How can we avoid these fires in the future?

So what’s the answer?

The advice from firefighters, local authorities, national trusts, national parks, etc is the same as it’s always been:

This is what Peak District NT had to say on Twitter:

Why are visitors ignoring the advice?

So why did the authorities at Dovestones reservoir, a popular beauty spot, have to confiscate disposable BBQ’s this weekend from visitors determined to flaunt the signs asking people to observe their fire risk advice? Why are people still congregating for BBQ parties on the shores of Ladybower reservoir despite notices stating that there is a high fire risk? Why are pictures being shown on social media of discarded camp fires and BBQ’s found in the car parks of remote beauty spots?

Deliberate arsonists aside, I honestly think that most people would be horrified to know that they alone were the cause of a huge moorland fire and that there is simply a lack of real understanding about the risks.

Perhaps visitors see a BBQ on the shores of a reservoir as something relatively safe. After all, they’re next to water so that makes them safe, right? Nope, sorry! Sparks from BBQ’s and fires can travel. There’s a recent case in Italy where 2 students were fined €13m each for a forest fire which broke out following a BBQ gone wrong in their grandfather’s garden – yep, it was just dinner at home.

Another avenue of thought is that visitors see the fire signs and think they must relate to someone else, someone up higher on the moors away from civilisation? Perhaps they don’t even see the signs, think that perhaps they were left up from last summer, and just follow what everybody else is doing? Or maybe they think that banning BBQ’s is somebody being a little over cautious, a fear about insurance claims or a jobsworth spoiling their fun?

What’s so important about the advice given?

A fire is generally thought of as something which spreads on the surface. However, in the peat areas found on our moorland, fires can actually burn underneath the ground for days. The peat heats up underneath a BBQ and ignites (especially when it’s been dry for months). The circle of rocks you place around a fire to help contain it are no help when it comes to burning underneath the surface.

Another important point is the fact that disposable BBQ’s stay hot for hours. Maybe not hot enough to cook that last burger, but definitely hot enough that you don’t want to be carrying it on your walk or driving home with it in your car. So if you take a disposable BBQ out into the countryside, what on earth are you going to do with it once you’ve finished cooking? When did going out for a picnic start meaning BBQ’s instead of cheese butties and flapjack?

There’s also a lack of understanding about how discarded litter can ignite a fire. It’s just unsightly litter, isn’t it? Well no! If you ever watch anything like ‘The Island’ with Bear Grylls, you’ll know that a single small piece of glass can be used to heat up tinder and start a fire.

So please heed the advice:

In the meantime, whilst I love the current warm, sunny weather, I’m going to be thankful for any rainfall this week in the hope that it helps douse the flames. However, it will take a prolonged period of rain to really make a difference and take away the fire risk on the moors.

Hearing about the moorland fires is upsetting. I feel angry when I think of the devastation which has been caused, so often by human error, thoughtlessness, a lack of concern and a “doesn’t mean me” attitude.

Equally, I strongly believe that it’s important to reach far and wide with messages about why these fires are so devastating and to share information which can help all of us understand that we play a part in preventing them from happening in the future.

You can also help by sharing this post so that it reaches more people….. 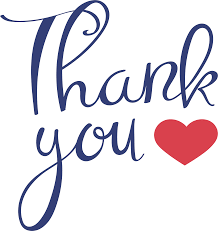 [Ref:1] More on the impact of wildfires

[Ref:2] The benefits of boggy landscapes

This site uses Akismet to reduce spam. Learn how your comment data is processed.